Category:Story of Seasons: Trio of Towns

Story of Seasons: Trio of Towns, also known as Bokujou Monogatari: Mittsu no Sato no Taisetsuna Tomodachi (牧場物語 3つの里の大切な友だち, lit. Ranch Story: Good Friends of Three Villages) is the second title under the Story of Seasons name. Being the first game in the series to feature three towns for the player to explore, it has an extensive world map with many new features to dive into, including town-specific festivals, fun outfits and new livestock (quail and buffalo).

The beginning of the game starts out with an eager youth ready to take the agricultural world by storm in spite of their family's immediate skepticism. Determined to prove their family wrong, the protagonist ventures off to meet their Uncle Frank in Westown. There, they learn the ropes of farming from their kind uncle and start out their career on a humble property south of Westown. The other two towns unlock as the game progresses.

Story of Seasons: Trio of Towns is the first game to provide downloadable content for its players, at a cost of $7.99 on the Nintendo eShop. This DLC contains:

The DLC was distributed in Japan over a period of six months, and provided free of cost to Japanese players[2]. On February 3rd of 2017, XSeed made a post discussing the possibility of bringing this DLC to North America. Due to issues in budget, it was improbable that a North American release would be freely distributed - this was confirmed in October of 2017 when XSeed announced a follow up, stating the price would be $7.99. On November 9th, 2017, the DLC content was made available on the eShop alongside a discount on a new 3DS Home Theme for the game at $1.99 and a week long discount of Story of Seasons: Trio of Towns to celebrate the DLC release.

While Story of Seasons: Trio of Towns is positively received for its unique and flexible features, many reviewers noted the time-consuming aspect of this game and its story line. It typically is regarded as a game that is addictive but contains elements that involve tedious grinding.

With a variety of mixed reviews, the game is praised for its graphics and the cultural detail that was bestowed to the three towns and their inhabitants. CJ Andriessen from Destructoid noted that while the beginning was tedious, the game beyond this trial opened up three towns that were charming and affable. The towns and character dialogue were so magnetic that they skipped the farming aspects of the game just to get more time engaging with the story line [7].

There is some critique regarding narrative, as Heidi Kemps from GameSpot noted, the core plot point of impressing your father isn't as compelling as they hoped [8].

Fitting all the wonders of the three towns was a time-consuming task, as mentioned by A Kay Purcell of GamingTrend, but heralded the game on its flexibility of choice [9].

The time consuming aspect of this game was also noted by Mitch Vogel from NintendoLife, but they added that these additional features resulted in a surprisingly deep farm game [10]. Where most of the installments in the Bokujou Monogatari series have a similar complaint of becoming repetitive and lacking new content after marriage and the conclusion of the main plot, Story of Seasons: Trio of Towns is praised for its longevity of game play. This is due in part to the attention to detail in character, event and festival dialogue.

Despite its abundance of content, Story of Seasons: Trio of Towns usually falls under harsh criticism for its activity overload and inability to fit much into every day game play. Arguably, this issue could be chalked up as providing flexibility and customization for the player made achievable only by a massive amount of dialogue, events, and content. 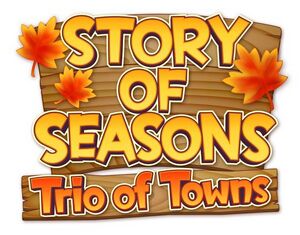 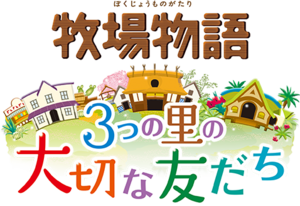 Pages in category "Story of Seasons: Trio of Towns"

The following 82 pages are in this category, out of 82 total.

Retrieved from "https://ranchstory.miraheze.org/w/index.php?title=Category:Story_of_Seasons:_Trio_of_Towns&oldid=36103"
Categories:
Cookies help us deliver our services. By using our services, you agree to our use of cookies.