Minna de Bokumono (lit. Ranch Story with Everyone), was a title developed by ONE-UP and Marvelous AQL that was published for web-browser and Facebook Games in 2010. Between 2010 and 2012, Minna de Bokumono opened services in various south Asian countries, and provided a Farmville-esque experience as a spin-off from the original series formula.

In the game, players controlled a limited farm space on an island inhabited by the Coloboccles (Harvest Sprites), Harvest Goddess, and other characters. The farm work and animal care-taking was managed by the Harvest Sprites who worked on an automated timer system. Fulfilling quests allowed players to add more Harvest Sprites to their game, as well as the characters Cyan and Scarlet.

Onlinegamer.jp rated this game at 3.17 out of 5 stars. The review cited that the animals and music are cute and very similar to that of the past Bokujou Monogatari titles. One of the cons listed in the review states that while it was meant to be a relaxing game, the amount of time actions take can cause stress and impatience in some people.

This game implemented the Quest Tree system, a work-return principle system that gives players objectives to complete with the reward of special items, gold coins, and unlockable characters (such as extra Harvest Sprites, Cyan, and Scarlet). With each quest completed on the tree, more branches opened up that granted better rewards or limited items. Some quests were only able to be completed during collaboration events. 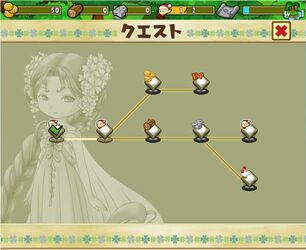 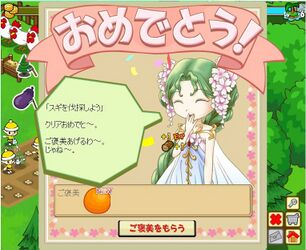 The following 7 pages are in this category, out of 7 total.

Retrieved from "https://ranchstory.miraheze.org/w/index.php?title=Category:Minna_de_Bokumono&oldid=9317"
Categories:
Cookies help us deliver our services. By using our services, you agree to our use of cookies.