This category page contains all official media including videos, books, and interviews that don't fit into particular game subcategories. The bottom of the page lists specialized categories such as merchandise, artwork, and individual media categories for each game.

The series was created by Yasuhiro Wada and associates Tomomi Yamatate (lead programmer) and Setsuko Miyakoshi (scenario writer).
Wada moved to the city after leaving the rural countryside where he grew up, and realized that he wanted to create a game based on his experiences in his hometown. The original concept of the series started with cows and a system of raising them, something which was inspired by the game Derby Stallion. A game which was all calm and no action would have been considered boring to players, but he wanted to convey the experience of raising cows with love. It was then that Wada came up with a "battle system" for the game, in the form of farming. This farming element was inspired by the games SimCity and The Legend of Zelda. The series almost went under before it began however, following a number of company misfortunes. The president of the company went missing, development teams disbanded, and the current build of the game was proving difficult to put together without major bugs. To top it all off, the project's budget fell into the red and halted further development. This build up of unfortunate events created a depression for Wada, who was ready to call it quits. At that time, Yamatate and Miyakoshi came to Wada with the intention of finishing the development of the game - all or bust. With the support of his colleagues, Wada negotiated with the publisher and was allowed 6 months more of development time. To finish working, the team of 3 brought their equipment and sleeping bags to a meeting room in the building and worked endless crunch hours to complete the game. The original code was scrapped and rewritten by Yamatate, the script and graphics were compiled by Miyakoshi, and Wada handled overall design, dialogue, and play-testing. Because of the impending deadlines and limited staff, the original vision of the game changed dramatically as not all concepts could be completed in such a short time. Come 6 months later, the team had successfully completed a working ROM prototype. During the 2012 GDC presentation, Wada admitted, "I never felt happier or more thankful in my life." The game later went on to sell more than 100,000 copies. He went into the development of Bokujou Monogatari SNES (牧場物語SFC) with the intention of it being a one-and-done title, but he felt that he was indebted to his colleagues and continued to develop future installments of the series. 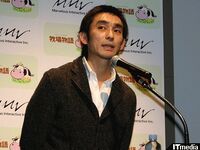 It was also at this presentation that Wada announced he would no longer be making "For Girl" versions of titles, opting instead to include both gender options from the beginning. His reason for this was that fans were very vocal about wanting the change.[5]

"With gratitude for the 10th anniversary...there are plenty of treasured videos that Bokumono fans can't miss!"[6] 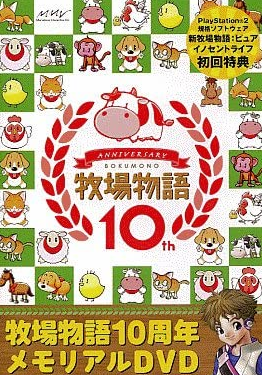 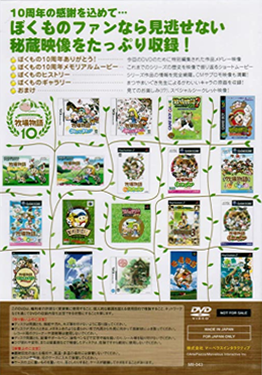 In 2012, GDC reintroduced the "Classic Game Postmortem" segment. During the presentation [8], Wada discussed the process of developing the series and touched upon the origins of Back to Nature (Bokujou Monogatari: Harvest Moon). From Engadget's summary[9]: "A team tasked with doing a port of the N64 game to the PSOne wound up changing a lot of character dialogue and names in the process, and by the time he found out about it, the game had nearly wrapped, leading to an inadvertent "parallel universe" Harvest Moon series." It was also revealed that marriage and family life mechanics were implemented due to female fans' idea of marriage being the "be-all, end all" goal of the game.

Retrieved from "https://ranchstory.miraheze.org/w/index.php?title=Category:Bokujou_Monogatari_Official_Media&oldid=36011"
Category:
Cookies help us deliver our services. By using our services, you agree to our use of cookies.